Wine imported in Poland in 2013 exceeded 100 million liters; the number of importers in the last three years increased of 400%, and some of them saw their turnover growing 20/30%. Consumption of Champagne increased of 20% over the year before and forecast from now till 2019 expect +70% in demand.

Data of a Country that grows and refines its needs towards quality products.

Popularity of wine in Poland is growing, so much to consider this Country as one of the most promising market in Europe. Wine imported in 2013 exceed 100 million liters and the rate of growth for the market of still wines reaches 10%. Some importers registered their turnover growing 20-30%.
In the first semester 2014 imports continued growing and registered +5% in volume and +9% in value, confirming the trend of the Polish market to move towards consumption of higher quality wines.

The Polish market is without any doubt strongly motivate to a strong constant growth, and presents elements of high dynamism: the first long step forward was registered in 2007, when sales volume increased of 55% and related values of 28%. Effects of the international economic crisis showed up in 2009, not really affecting the quantities imported, but only on the monetary amounts, decreased in comparison to data registered in 2008. So the will of consumers to maintain levels of consumption unchanged, waiting for a time of more favorable economic growth.
The economic situation in a country which is growing recovered fast, and already in 2010 the wine consumption registered (uniquely among alcoholic beverage) a positive variation so as in volume (+8,3%) as in value (+15,3%).

Promising forecasts of growth in wine consumption in Poland show high expectations, and next to an increase of 350% of consumption per person calculated for the years 2010-2015, it grows the demand of high quality products (bottled increased from 40% to actual 80%), confirmed by a strong increase of imports from Portugal, Italy, France, USA, Chile and Georgia, against a decrease of negotiations with countries with a less expensive wine tradition.

Among wines it prevail reds and rosé, with 50% of the market shares. The most diffused in Poland are those obtained by international varieties: Chardonnay among the white wines, about at 50% of share in its segment, and Cabernet Sauvignon among red wines, at 40%, followed by Merlot (33%) referring to data in 2010.
Consumption of wine in Poland presents also characteristics of seasonality, with demand increasing in occasion of holidays (Christmas, Easter, Carnival…) or by private anniversaries (wedding, communion, birthdays or parties).
On the distribution side, next to the big distribution areas of the big shopping malls (where even there was a recession of “first price” products against an advantage for wines of higher quality), there are nowadays many specialized shops distributing mainly wines of medium-high quality. To be mentioned also the consolidation of on-line sales, specially for prestigious labels, sold at prices lower than 40% compared to traditional shops.

Consumption maintain, in the biggest among east European countries, a positive trend and the space for new opportunities of business becomes valuable target for business operators.
It is no coincidence if few years ago an authoritative information media in the wine business, speaking about Poland titled one of its articles: “The locomotive of Europe starts burning wine”. 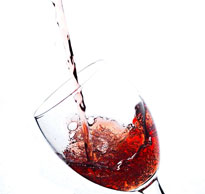 Are you interested in wine culture? Don’t miss t

You must be at least 18 years old to view this site.